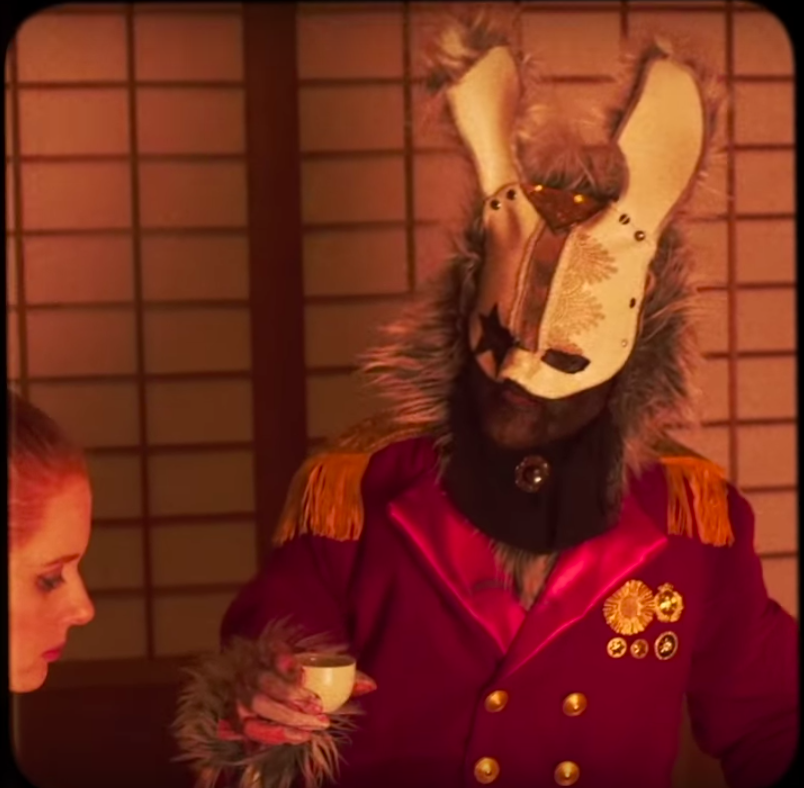 For about 40 years there were sanctions in South Africa. The government tightly controlled what was broadcast, and bootlegged tapes were almost worth their weight in gold.

During this time, a friend of mine came into possession of  an album from a band called U2. For years he was virtually the only person he knew who knew of the band’s existence. They became “his” band, as if he had discovered them in the jungles of South America.

For years I’ve been envious of his story. Just imagine finding a band that you instantly connect with that hardly anyone has heard of. Part of you wants to keep it to yourself, and another part wants to blare it everywhere you go.

There is a very odd show created by Adult Swim called Off The Air, where each episode I watch I nod to myself and say “Yup, all the drugs.”. It’s unbridled creativity almost without filter. During an episode there was a music video with a giant rabbit. I immediately looked up the credits and found the artist: BNNY RBBT.

This is where things get interesting.

Upon Googling BNNY RBBT, I found that the music had a tiny following, but that tiny following was incredibly enamoured with the 7 foot tall lagomorph.

Things got even more interesting.

I noticed that most of the music videos were posted by Numero Boudreaux, who likes to share obscure music.

In a thrift store he finds a bag with a VHS tape from the 90’s, and a stiffy-disk containing HTML files, which he’s put up here.

He keeps searching and these videos show up:

I’ve been practically evangelical in telling people about BNNY RBBT, and the responses have been very mixed.

“The stuff of nightmares.”

“It’s definitely unique. Something you would come up with.”

That last one made me very proud to be honest. It seems BNNY RBBT is not for everybody, but I can’t get enough of this truly strange character and his music.

So here’s why I think this is a wonderful product of the internet:

There are one or two things that give the actual age of the video away, but what makes it great is that it uses nostalgia so effectively – most of BNNY RBBT’s fans were kids were kids in the 90’s! Then they introduce this bizarre character that doesn’t speak English, but sings like an angel, and takes you on a journey, appreciating the simple human life, even though he could never have the simple human life. He is a giant magical rabbit after all.

I’m a blues playing, pixel slinging, food nerd, that’s happy when working on a concept (preferably with a glass of wine in hand), and whether it’s in the kitchen, or outside, I’m fascinated about how things work. This is my creative outlet.

You can read my more tech-based posts here.

Seneca On The Shortness Of Life

Sapiens – A Brief History Of Humankind by Yuval Harari