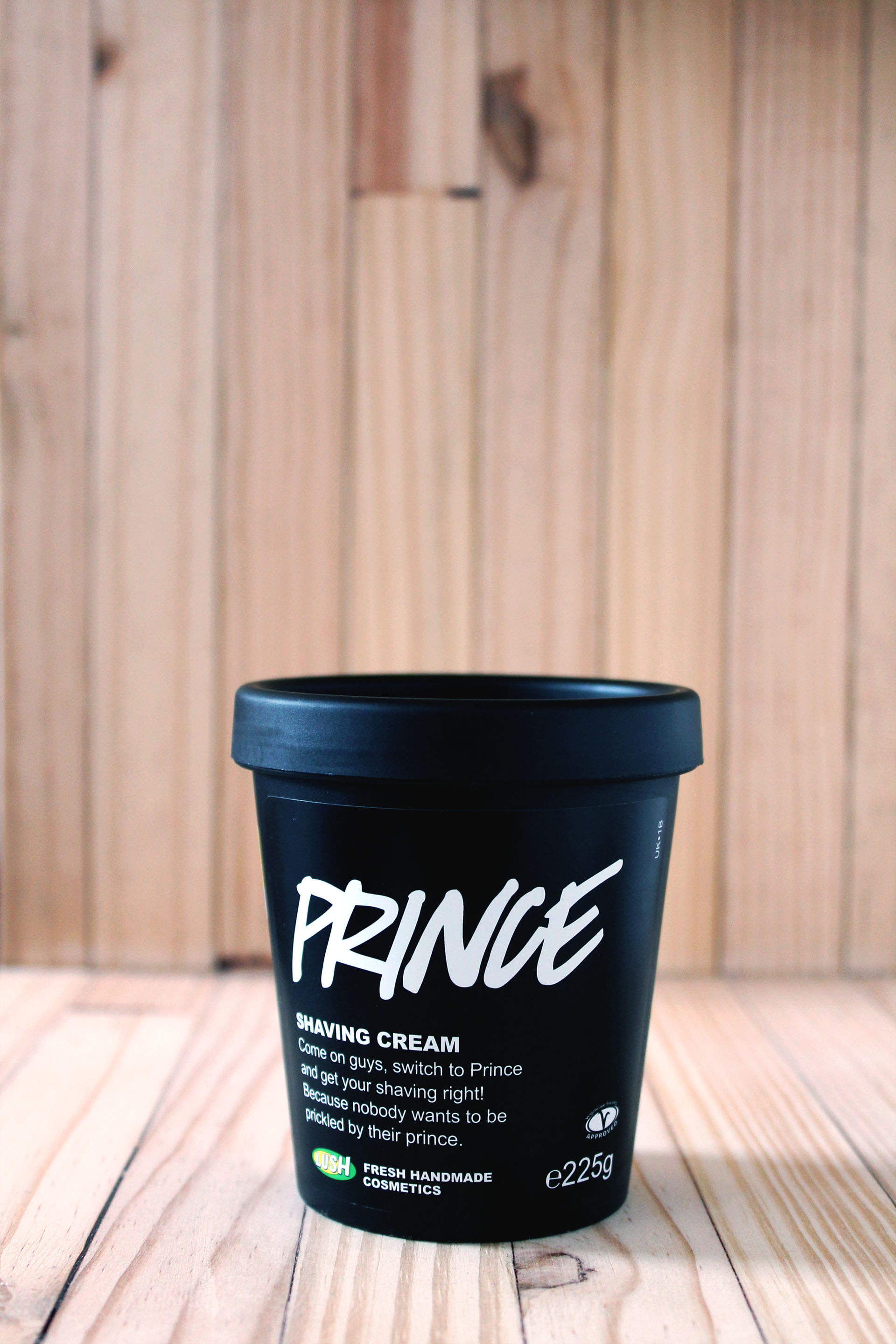 I don’t enjoy shaving, because I have to do it or after 4 days I look like a Derelicte model from Zoolander, and because despite shaving for almost 20 bloody years I still get friggin razor $%@#$ burn.

Now that that’s out of my system let’s get back to the review shal well?

My wife is a huge fan of Lush and last week she got me some of their Prince shaving cream as a present.

First up, I’ve never bought it because compared to other shaving creams it’s expensive, setting you back R125 for a 100g tub, and R205 for 225g tub.

I still need to finish the tub (the ladylove got me a big one!) and at this rate of shaving about twice a week, it will probably last a few months.

Apparently one of the owners of Lush originally contacted then because he loved this shaving cream so much he wanted to make sure they didn’t stop making it.

It’s not tested on animals.

Compared to other shaving creams, this uses far fewer chemicals.

It is a little thick so clogs up your razor quite quickly.

Although it’s handmade from many organic ingredients, it still contains parabens (methylparaben and propylparaben) which are there as preservatives, are known hormonal disruptors. That being said, it’s the last of a long list of ingredients so is most likely only there as much as it needs to be, which is fine with me.

So far, this has been the best shaving cream I’ve ever used, with no shaving rash, and my face feels moisturized afterwards.  If I shaved daily I might worry about the price, but because I don’t it works out fine, and this will mostly likely become a shower staple.

{Note: these thoughts are my own, and I was not payed for this review.}

I’m a blues playing, pixel slinging, food nerd, that’s happy when working on a concept (preferably with a glass of wine in hand), and whether it’s in the kitchen, or outside, I’m fascinated about how things work. This is my creative outlet.

Seneca On The Shortness Of Life

Sapiens – A Brief History Of Humankind by Yuval Harari